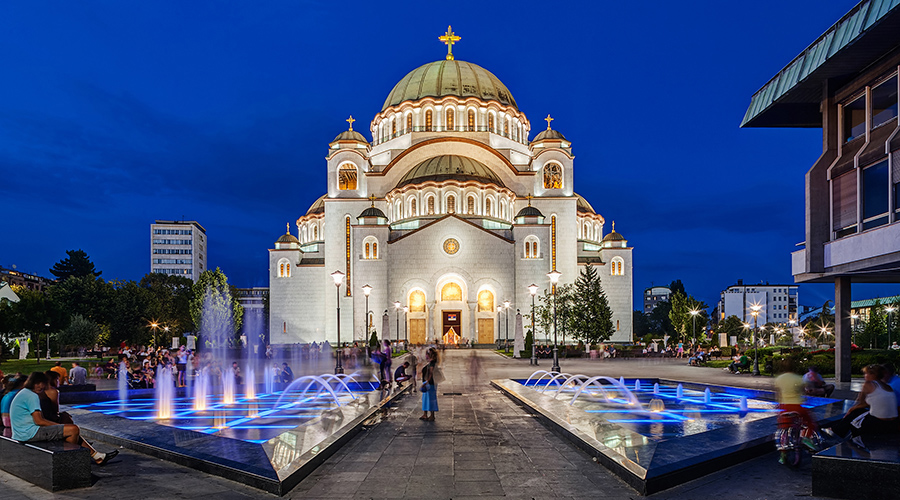 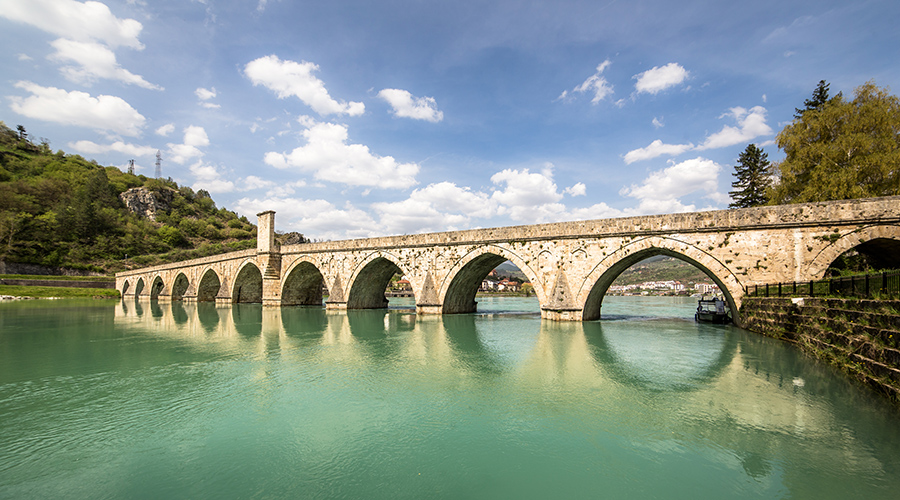 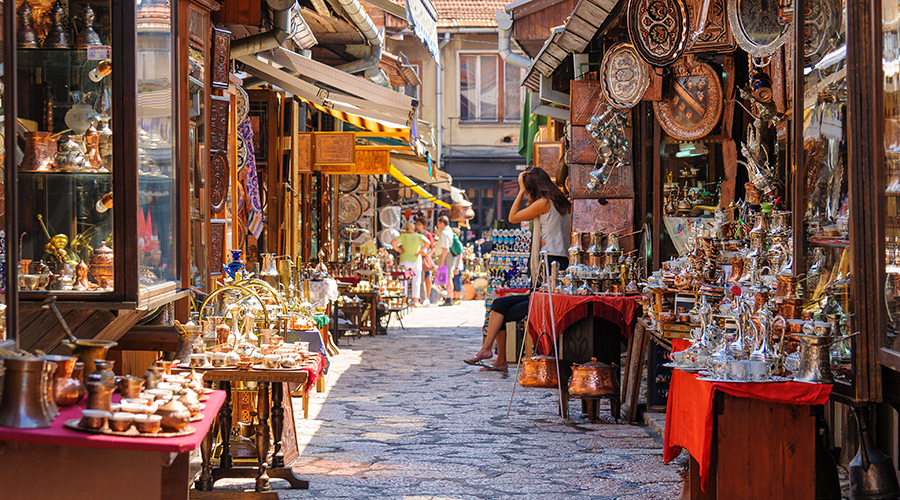 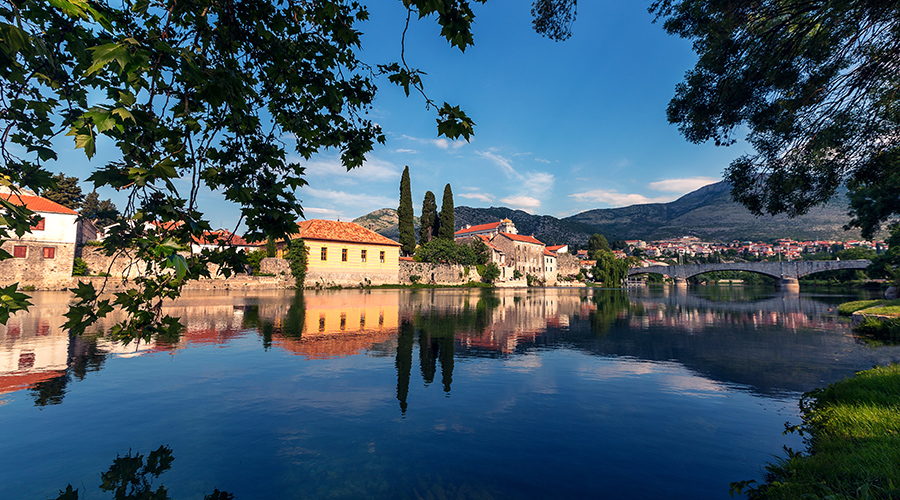 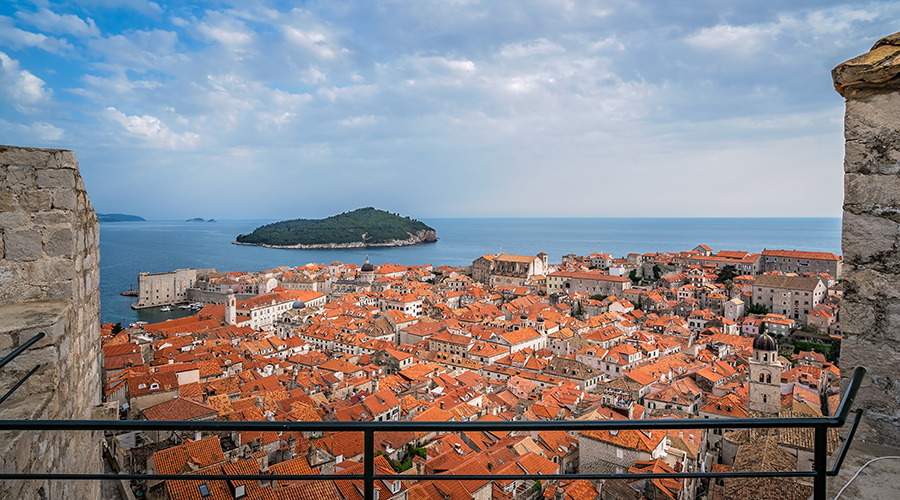 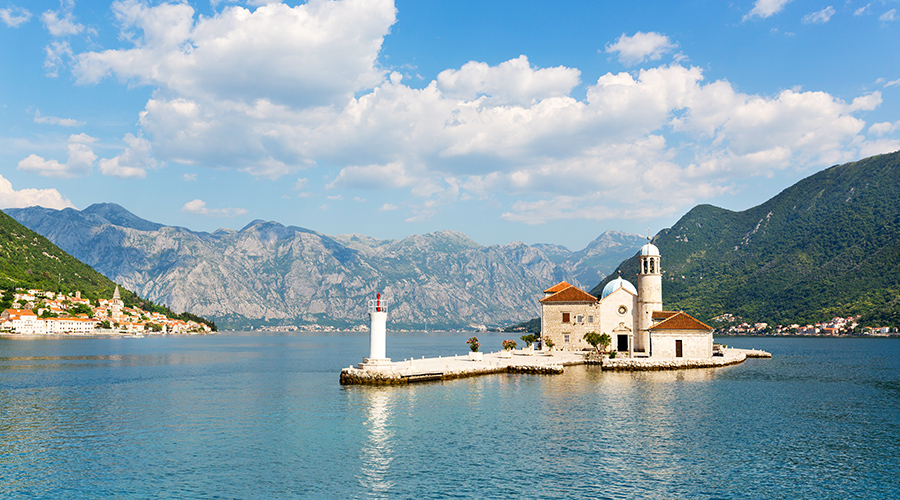 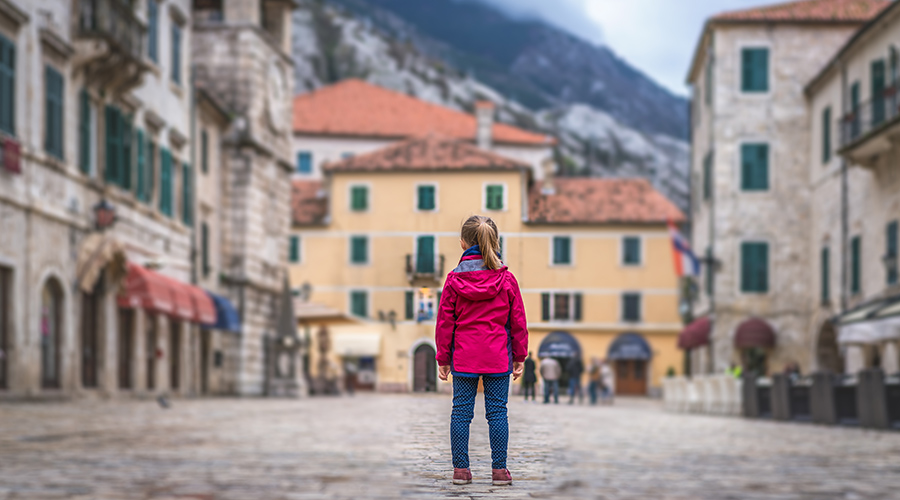 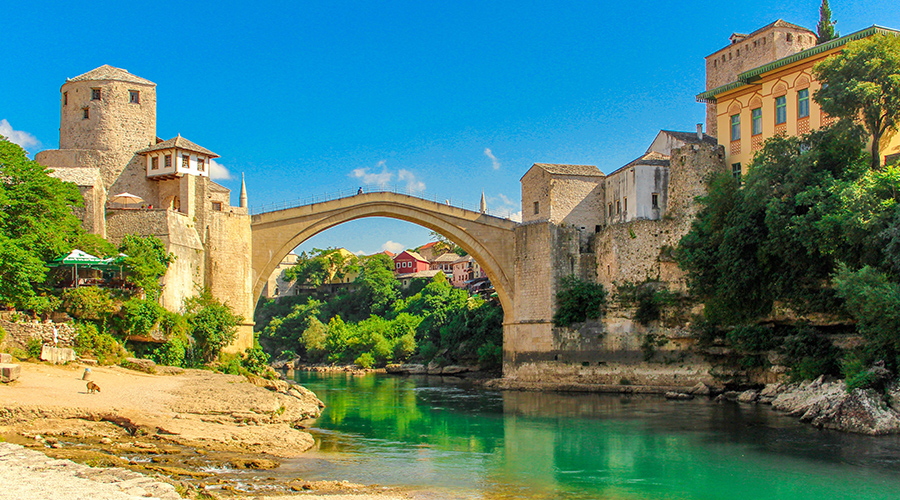 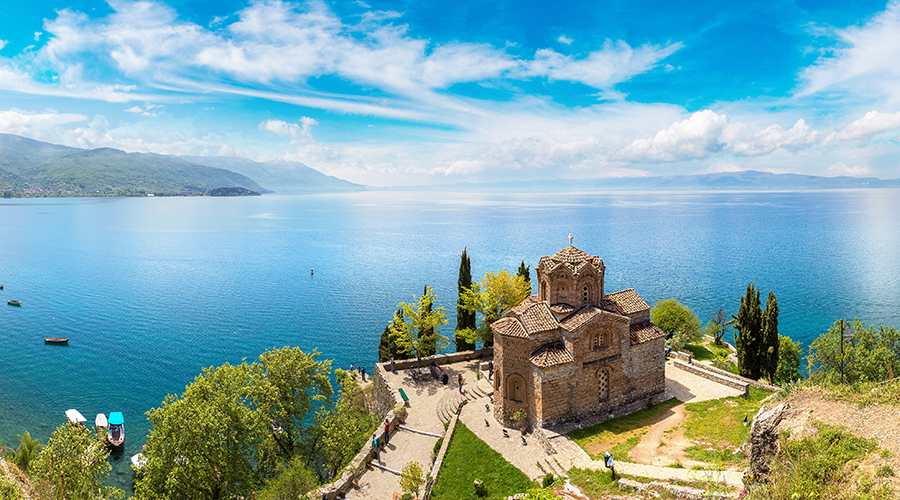 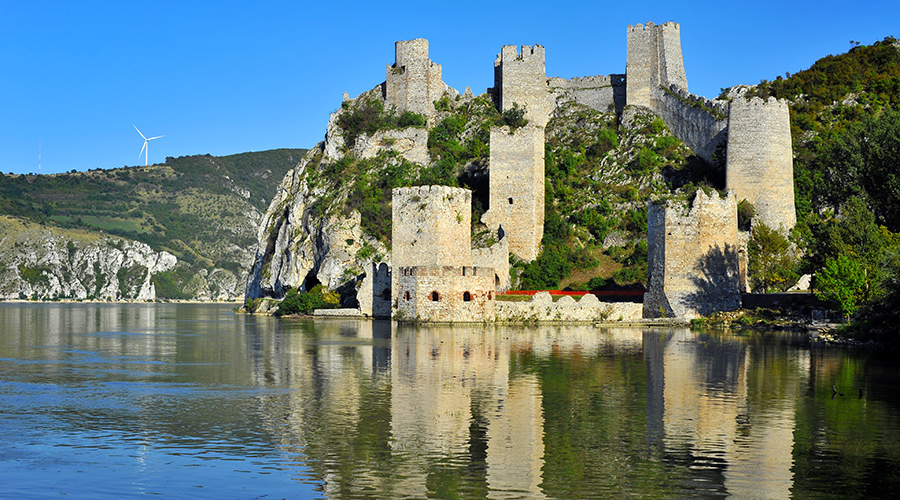 Assistance at the airport and transfer to the hotel. Depending of the time of arrival sightseeing of the city. Accommodation in the hotel and overnight. Belgrade highlights: Kalemegdan – the ancient fortress of Belgrade that guards the confluence of the Danube and Sava rivers; Kneza Mihaila Street – pedestrian zone and shopping zone; National Theatre – built in 1869; Old Royal Palace – the Royal Palace of the Obrenovic dynasty of Serbia; New Royal Palace – The National Assembly; The House of Flowers – dedicated to the memory of Josip Broz Tito; St Sava Orthodox church – the largest in the Balkans, and one of the 10 largest church buildings in  the world.

Breakfast in the hotel and departure toward Zlatibor mountain via Ovcar and Kablar Gorge, the pearl of nature Zlatibor, mountain known for its remarkable beauty, vast pastures, picturesque hills, rivers an creeks A “healthy” mountain, suitable for relaxation, recreation activities and a good place for congress tourism. This tourist center makes everybody feel good and comfortable. Visit ethno village Sirogojno. Arrival in hotel, dinner in hotel, overnight.

Breakfast in the hotel. After breakfast departure to Sarajevo via Visegrad. In the morning drive on Shargan’s eight train (departure at 10.30h) – drive until 13.00h  Šargan 8 Railway is designed as unique in the world because its lane that, viewed from the sky, looks like number 8. This is a great opportunity to observe beautiful nature of Zlatibor from the perspective that is unique in the whole world. After the drive departure to Visegrad. (lunch in Visegrad). Višegrad is mentioned for the first time in 1433 when it belonged to mighty ruling house of Pavlović, who as well ruled the middle age city of Dobrun. Visting Pavlovina, Gornji, Donji Grad and Tower of Kraljevic Marko. Lunch time. Organizing Drina river cruise (optional) and Andric town. Arrival to Sarajevo in the evening. Check in the hotel, dinner and overnight.

Breakfast in the hotel. After breakfast sightseeing tour of Sarajevo. Sarajevo is one of the most historically interesting and varied cities in Europe. It is a place where the Western & Eastern Roman Empire split. Highlights: Gazi Husrev-bey's mosque popularly known as the „Bey's mosque“, is a superb example of the 16th Islamic architecture; Ali Pasha’s Mosque; Sahat Kula - Clock tower  was built during the Ottoman rule to mark prayer time (five daily prayers); The Bridges in Sarajevo have been built for ages, even before there is real written data about this city. The most famous bridges are: Kozja cuprija - Goat’s bridge, Sheher - Chehaja Bridge, Latinska cuprija - Latin Bridge. Lunch time. After the sightseeing tour departure to Mostar and sightseeing tour in the afternoon. The city of Mostar - beautiful valley bedded between high mountains of Herzegovina. Mostar got its name after that same Bridge, or more precisely after the bridge keepers. They used to guard the bridge and were called “Mostari”, thereby the city got its name. Check in the hotel, dinner and overnight.

Breakfast in the hotel. After breakfast departure to Dubrovnik. Upon arrival in Dubrovnik sightseeing tour of the city. Dubrovnik - the city of a unique political and cultural history (the Dubrovnik Republic, the Statute from 1272), of world-famous cultural heritage and beauty (inscribed on the List of World Heritage Sites by UNESCO) - is one of the most attractive and famous cities of the Mediterranean. All of the main attractions are conveniently located in the pedestrian area of old city, which in itself is the standout attraction, a perfectly preserved baroque city-state. The best way to get acquainted with the city is to climb up on to the solid medieval walls, which protected the Ragusan Republic over the centuries and now provide a bird's-eye view of its historic buildings for tourists. Arrival in Kotor in the late afternoon, check in the hotel, dinner and overnight.

Breakfast in the hotel. After breakfast sightseeing tour of Boka Kotorska. Boka Kotorska bay, as the only fiord on the Mediterranean, was added to the list of twenty five, the most beautiful bays in the world in July 2000. Kotor is a town of rich cultural tradition and one of the best preserved sights in the Mediterranean area. Visit Old town. Lunch time. Visit to Perast is a sleepy baroque place near Kotor, and the Church of Our Lady of the Rock (Gospa od Skrpjela). Budva is an ancient town, next to the very coast which hides a rich histotical past. Back to hotel. Dinner. Overnight.

Breakfast in the hotel. After breakfast departure to Tirana, the capital of Albania. Drive over Shkoder. It is a city located on Lake Skadar in north western part of Albania. Lunch in local restaurant and departure toward Tirana. Sightseeing of Tirana and visit the most important attractions like Skanderbeg Square, Skanderbeg Statue, Et’hem Bey Mosque, Clock Tower. After the sightseeing tour free time in the evening and overnight in the hotel.

Breakfast in the hotel. After breakfast departure to Ohrid lake in Macedonia. The city of Ohrid is rich in picturesque houses and monuments, and tourism is predominant. It is located southwest of Macedonia. In 1980, Ohrid and Lake Ohrid were accepted as a World Heritage Site by UNESCO. Visit Samuilova Fortress and old part of the city. Free time for lunch tasting famous fish pastrmka. Cruise on a lake Ohrid. Free time in the evening,dinner and overnight in the hotel.

Breakfast in the hotel. After breakfast departure toward Stobi Ruins and visit. Stobi was built where the River Crna joins the Vardar, making it important strategically as a center for both trade and warfare. Sightseeing tour of Skopje with visit to the Skopje Fortress, historic fortress located in the old town of Skopje; Continue to St. Savior Church. Free time for lunch and shopping. Accommodation and overnight in the hotel.

Breakfast in the hotel. After breakfast departure to Nis. The oldest cities in the Balkans, and was considered a gateway between the East and the West. Arrival in Nis and sightseeing tour of the city: Archeological site Mediana which is located on what was once the Roman road “Via militaris”, today the road E-80 (Nis-Sofia); The Cegar hill and the Scull tower: eastern entrance gate; Concentration - death camp; The fortress of Nis, the largest historic monument of this city. Lunch time. Accomodation, dinner time and overnight.

Breakfast in the hotel. After breakfast check out of the hotel and departure toward Belgrade with visit to Ravanica and Manasija Monasteries. Ravanica Monastery built between 1375 and 1377- famous Prince Lazar's foundation, where he was buried after his death in the Kosovo battle. Manasija Monastery founded by Despot Stefan Lazarevic between 1406. and 1418. The church is dedicated to the Holy Trinity,the most significant monuments of medieval Serbian culture and it belongs to the "Morava school”. Lunch in the local restaurant near the monasteries. Departure toward Smederevo and visit to Smederevo fortress – a Monument of Culture of Exceptional Importance in 1979, and is protected by the Republic of Serbia. In 2010, the fortress was placed on the Tentative List for possible nomination as a World Heritage Site (UNESCO). Arrival in Belgrade in late afternoon. Accommodation, dinner in hotel and overnight.

Breakfast in the hotel. After breakfast transfer to the airport for departure flight.